Oklevueha Native American Church always wants to give back to those who need our assistance. We have different fundraising campaigns running at all times. 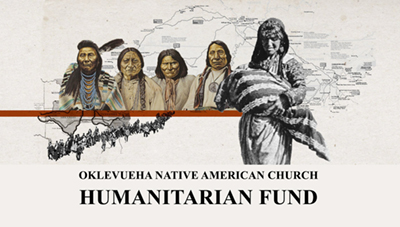 We are currently running a week-long fundraiser for our Elder, Bonnie Swallow, wife of the medicine man, Richard Swallow, who gave the church its blessing. This will expire on Saturday, December 17, 2022. Bonnie lives on the Rosebud Reservation, and is in need of support to provide fuel, heat, and holiday presents for her children and grandchildren. We humbly ask that you consider what the Swallow family has done, and continues to do, for Oklevueha Native American Church.

We want to always be able to serve our Medicine people, Roadmen, Elders on the reservations, and others when a critical need arises. This humanitarian fund ensures that we have funds available to use when these moments arise. In the past we have been able to help with utility bills, medical attention, funeral wakes or services, firewood, propane, vehicle repairs, assisting Elders to get to Sundance, Christmas and holidays for families, and other events. It is getting colder every day, and these people need money to keep themselves warm and housed all winter. 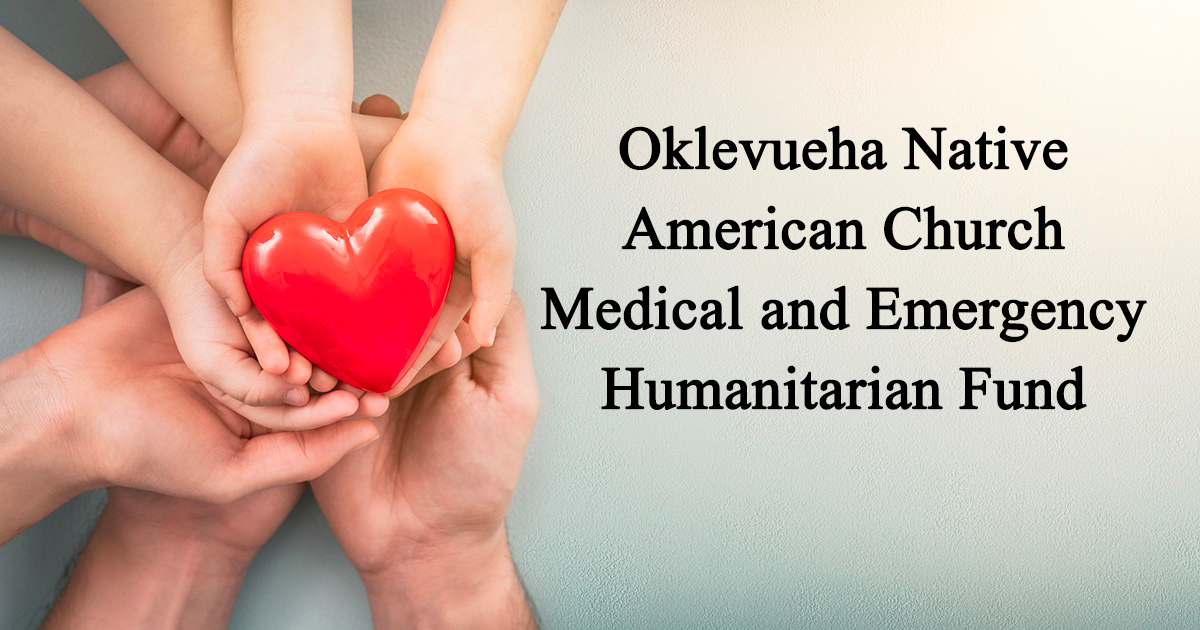 At times, ONAC is asked to assist with emergencies for our Elders. Medical care on the reservation is very limited, and if there is any kind of serious medical problem, they must drive to Rapid City, SD, almost a three hour drive. We humbly ask for your contributions to this fund so we can provide much needed emergency funding. 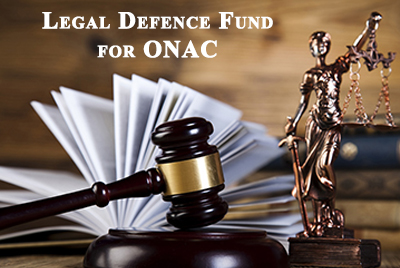 Oklevueha Native American Church has been on the forefront of legal rulings protecting the freedom of religion and our constitutional rights. One of our own has been in a five-year legal battle with the state of Hawaii, and we are coming to you to ask for your help and support as he appeals the ruling against him.

Wes Sudbury is an ONAC Branch leader and ONAC medicine person who has been caught in a riptide of legal issues and illegalities. Wes was held in Hawaii jail six and a half years in a federal prison without a speedy trial, with various legal representatives that refused to fully support Wes, many delays, pressure from the court to take a plea deal, and numerous other ridiculous scenarios.

What began as a stance for the free exercise and respect for the Native American spiritual ways has become much more. This stance now includes a stance against entrapment and illegal spying, by our government, against honorable citizens who would exercise their unalienable rights to pray in the manner of their choosing, in an ancient and respectful manner.

A stance against the denial of justice by delaying justice.

A stance for our rights to due process and a fair trial.

Please help Wes to finish this, and with the aid and protection of The Great Spirit, provide victory and healing for the nations. This, of course, has been a significant sacrifice of struggle and pain for him and his family financially and otherwise.

These are some of the illegal activities that were perpetrated against him:

He was originally told by law enforcement in Hawaii county that his church was beneficial to the community and not on the law enforcement radar. They then sent a confidential source, into the private areas to engage in electronic surveillance for years, while encouraging them to go bigger, violating multiple state and federal constitutional and statutory rights.

The Hawaii office got a wiretap warrant with this illegal evidence. This was a violation of supreme court precedent and the 4th amendment. They ignored the compelling interest standard through all this, the judge refused to follow the statutes binding her order to the government to provide discovery of all the activity before the DEA became involved.

After serving the most time he would have gotten, had he been convicted, the judge then demanded to have a trial.

Wes’ only recourse is to launch an appeal of his conviction with the Federal courts in Hawaii. His goal is to have his original conviction thrown out, and his probation removed. This case, and the ultimate outcome could drastically impact all members of ONAC.

Wes is asking for assistance to finish this, and with the aid and protection of The Great Spirit, provide victory and healing for the nations!

He is asking humbly with prayer for our aid.

This appeal would go a long way in preventing further violations of our First Amendment rights and protect every member of this church.