James Mooney first met Gary Herbert when Gary was serving as a Utah County Commissioner. They quickly developed a relationship of mutual trust. Over the years, as Gary Herbert ascended the political ladder in Utah, he always considered James Mooney the representative of indigenous spirituality in the Intermountain West.

James and Linda Mooney were invited to attend many gatherings, conferences, and meeting where religious liberty and freedoms were discussed. Mr. Herbert continues to be supportive of the indigenous community, and considers James an ally in this cause. 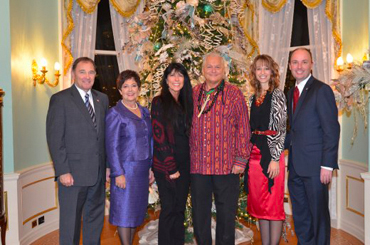 The crown jewel of the UVGPS was the signing of the Growth and Prosperity Compact of Utah Valley, a document outlining the principles that will guide Utah Valley’s growth and ensure the possibility of its collective prosperity. Attendees signed an enlarged copy of the compact between breaks as a commitment to the document’s principles. The UVGPS reached its concluding event when a formal signing was done by Dan Hemmert, executive director of the Governor’s Office of Economic Opportunity, along with Utah Gov. Spencer Cox and former governor Gary Herbert. – Nick Gledhill, UVU News

James Mooney attended this conference and while there was able to visit with Gary Herbert and have a photo taken with him. 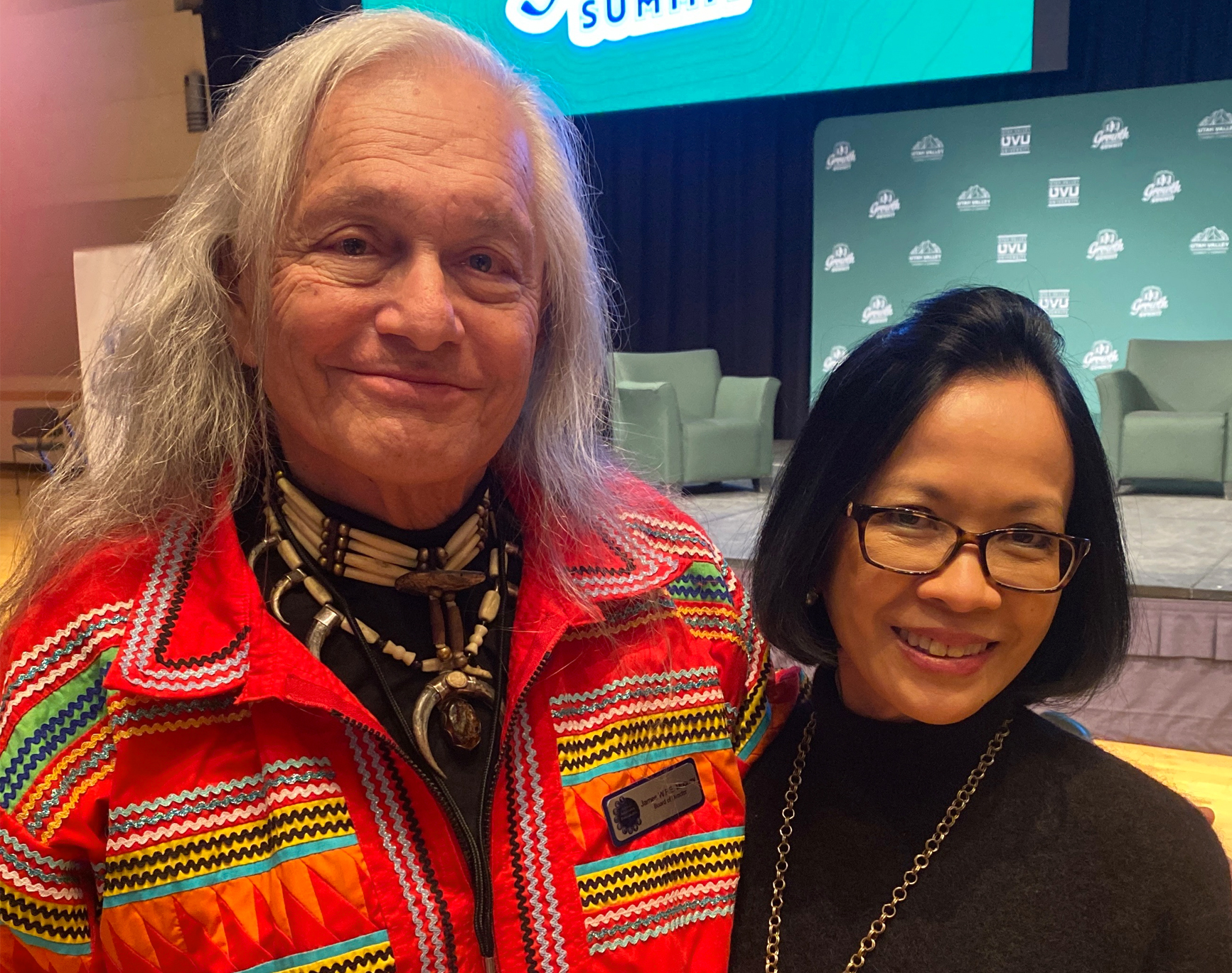 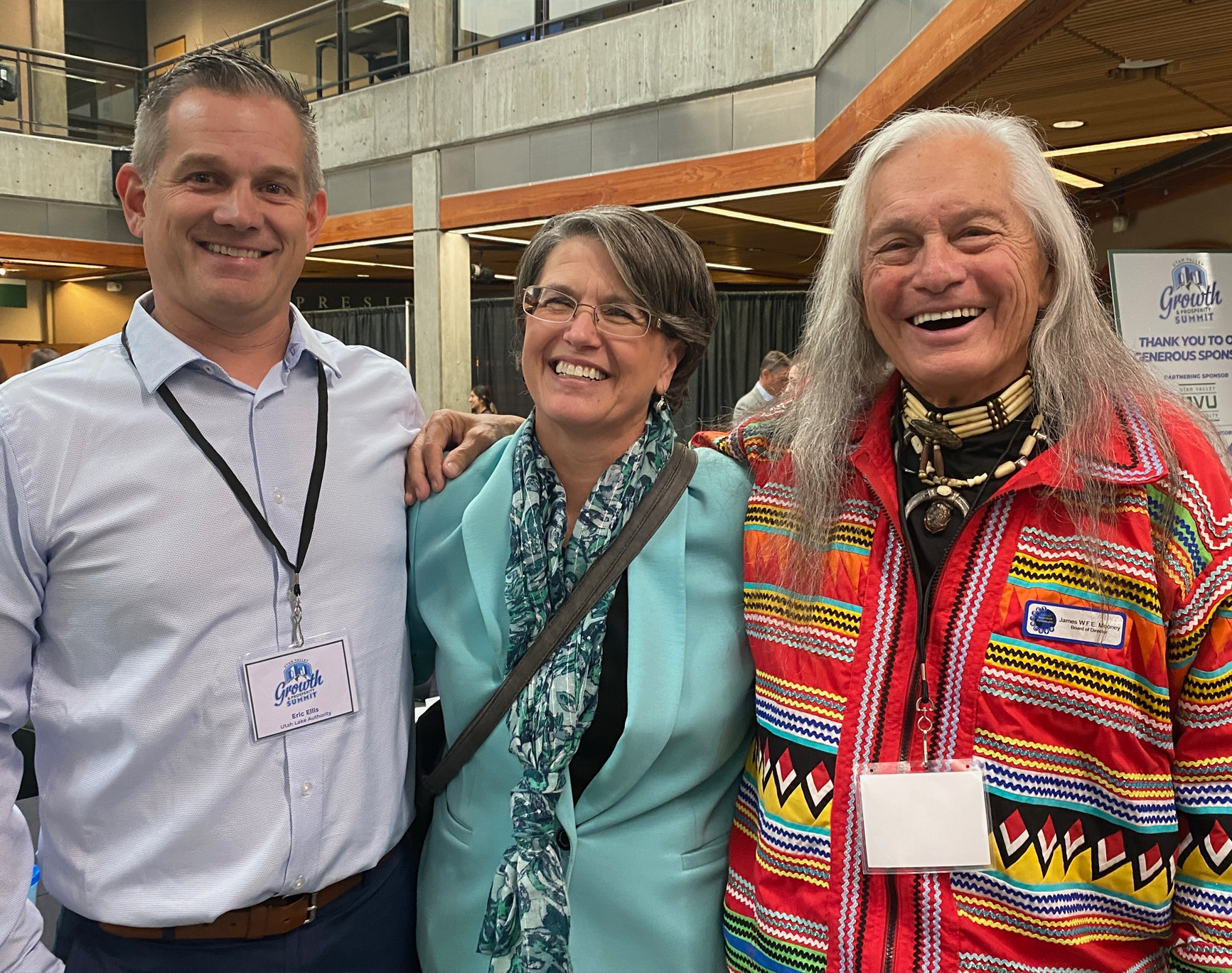 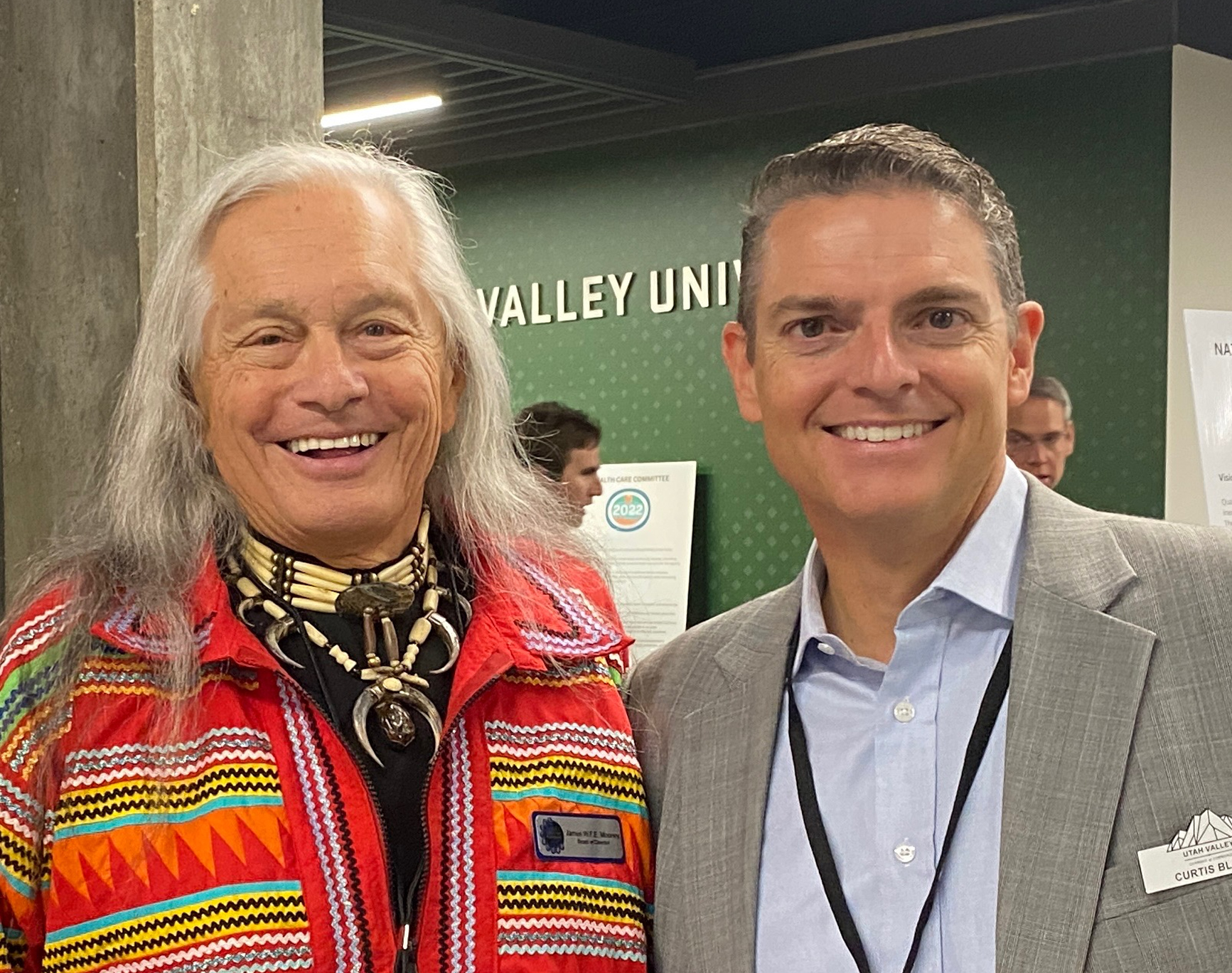